How to find peace in the midst of uncertainty.

Back from the Edge

A sudden cancer diagnosis brought this man to the brink of the other side.

For a while, I wasn’t sure whether I was going to make it to the next morning. I came to a point of such peace—that I knew I was going to heaven if I did pass, and a peace that God was going to take care of my family if that happened.

In early 2008, I started feeling sick with an upset stomach and lots of pain. Really, I thought I had the flu. I remember watching the Superbowl and just feeling terrible.

The next day, I checked into the hospital.

After two days of constant testing, I still had no official diagnosis. Meanwhile I kept getting sicker and sicker.

My wife, Jan, had a huge hand in saving my life. She had noticed that my abdomen had started to grow rapidly while in the hospital. She searched the hallway and found a doctor doing rounds and immediately insisted that he come see me. He promptly called an oncologist and ordered a biopsy.

The pathologists were remarkable and quickly diagnosed me with Burkitt Lymphoma, which is one of the fastest growing types of cancer. The cell division and growth are so rapid that your life can be threatened in the space of days and even hours.

My internal organs were beginning to shut down and the situation was critical. I’ll never forget, even in my confused state of mind, calling my children to say goodbye in case I passed away before they arrived at the hospital that day. It was the hardest thing I had ever done. I was soon airlifted to Mayo Clinic.

At Mayo, I immediately received fluids to prepare me for the chemo that would hopefully keep me alive. Doctors said that if it didn’t reduce the size of the tumors inside me, I would soon be gone.

I endured a week of very intense chemotherapy. Thanks to God, the tumors reduced in size, saving my life! But I wasn’t out of the woods yet. I continued a chemo regimen six days a week, 24 hours a day for a period of seven weeks with two weeks off in between. Complications and side effects kept me in the hospital during most of my treatment.

Of course, beyond the physical, I faced the battle to stay hopeful.

Where I found hope

Throughout my journey, hope came from a lot of sources. The biggest thing was faith in knowing that God was ultimately in control of the future. I had an assurance and security in my eternity and where I would spend it, but I remember feeling that the line or veil between living and passing was incredibly thin. I could almost see it.

Ironically, I probably have never felt closer to God or more peaceful than at that time. Because I knew that however it turned out I was, in a sense, covered. I actually felt an incredible joy that I was possibly going to see the Lord face to face in short order. 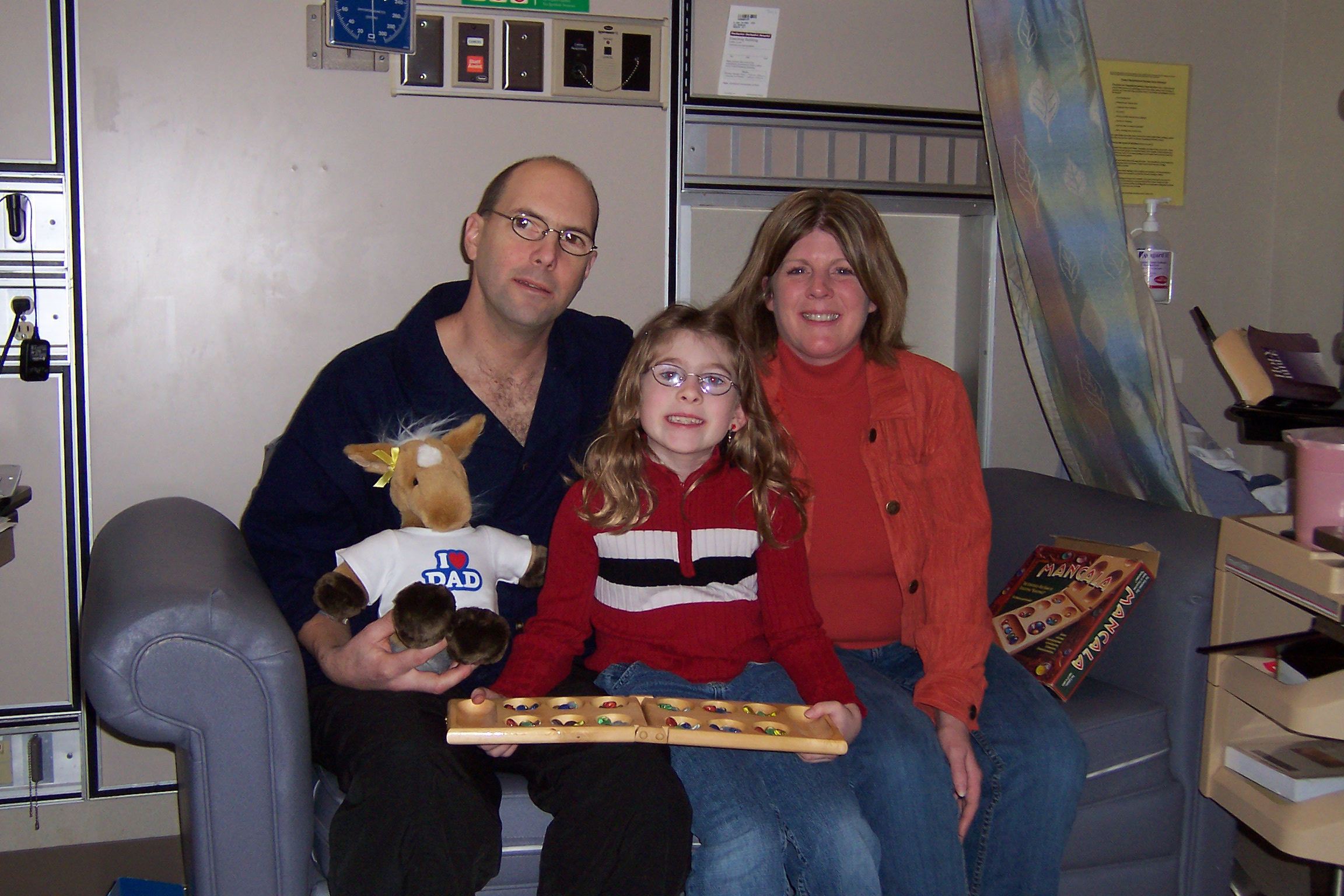 Other sources of hope

Hope also came from prayer and that connection with God and praying with friends and family who were there. It came in seeing my children and knowing that they were going to be ok. Hope came from the Scriptures. Sitting in the hospital, laying there for 24 hours at a time, I read the Bible a lot and that gave me so much hope.

I also listened to music. There was a lot of Christian music that was so inspiring.

Another way I found hope was hearing from other survivors. I remember getting emails from people I didn’t even know, including a Burkitt survivor who said he had it five years ago and now he was doing great. That was really encouraging.

As I continued with treatment, the chemotherapy proved effective and eventually I was released from the hospital.

Months later, I had my first clear PET scan. They did not say I was cured or cleared from Burkitt Lymphoma, but it was a clear scan. And in a sense, life began to return to normal, though I had a long recovery.

And now, looking back on the experience years later, I am so thankful. How does God work miracles? Through doctors, technology and medicines and through the daily support of family and friends.

My family and I are so grateful for our church, extended family and the production, advertising and marketing community for unprecedented financial assistance with medical bills and other costs which literally allowed us to keep our house and keep us afloat during a year without income.

People showered us with love and assistance, which greatly gave me hope for the future.  Blessings do come from even the most trying of circumstances.

For more help on your journey, check out Doug’s video:

“You Don’t Have to Be Afraid”

For more help with fear, check out Fighting the Fear of Cancer.