I Met God in a Hospital

How going through childhood leukemia changed my faith and gave me hope.

I like to say I met God in a hospital instead of a church.

It started at my 8th grade basketball practice, when another player accidentally kneed me in the back. It was November of 1993.

I thought was just a sports injury, but the pain persisted for the next two months, moving around my upper, lower and mid back.

Some of my classmates thought I faked it, which was hurtful. “Back pain doesn’t move,” they said.

It was getting to the point where I didn’t even want to go to school anymore because I couldn’t sit comfortably in the chairs.

One morning the pain became so intense I couldn’t straighten my back and my dad took me to the emergency room.

Doctors ran tests and eventually they sent me to the children’s hospital. There, blood work and a bone marrow biopsy revealed the truth: I had leukemia.

Specifically, I had acute lymphocytic leukemia—one of the most common childhood cancers. At this point, cancer cells invaded 99 percent of my bone marrow and without medical intervention, doctors estimated I would slip into a coma and die in three days.

Upon hearing the diagnosis, I felt relief, because I finally discovered the cause of my pain. Now there was a path for me to follow to get through it.

Coincidentally, we had read about a girl with leukemia in my English class just weeks prior to the start of my back pain. She survived so I will survive, too, I remember thinking.

However, I had no idea how difficult the path would be. 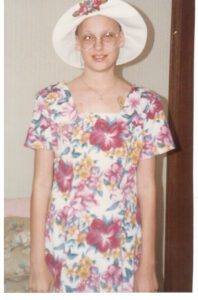 Doctors put me on a treatment plan that would stretch over the next two and a half years.

For the first six months, they blasted me with the heaviest doses of chemotherapy, and I soon lost my hair and struggled with loneliness and isolation.

That semester, I had to drop out of the Catholic school I attended and get a tutor.

At the end of the spring semester, I felt good enough to join my 8th grade class for a trip at a local waterpark.

Because my white blood cell counts were low, I couldn’t swim and I had to wear a mask.

I was hoping to reconnect with my classmates, but instead everybody was swimming and going down waterslides and it was just me and my mom playing games by the water. I remember thinking, Why am I here, if nobody else is going to talk with me?

However, I was learning that even if I felt isolated from my peers, I was never actually alone.

I began praying and asking God for help.

For me, faith and hope go hand in hand.

I often say I met God in a hospital, not a church. There, my religion turned into a relationship. 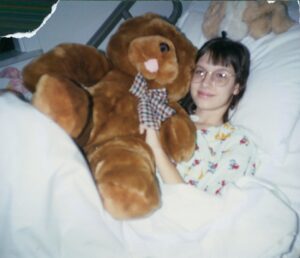 A friend in cancer

I realized I didn’t have to pray formal prayers to talk to God. I learned that he is someone I can talk to like a friend—saying hi, asking for help, or thanking him.

You are also allowed to be angry at God. He understands. God was there with me then, and he is with me now.

A verse that became significant is Philippians 4:6: “Don’t worry about anything; instead, pray about everything (New Living Translation).”

Prayer lifted me through the worst parts of cancer.

When you’re facing chemotherapy, your stomach often hurts and you often don’t know why.

Is it because I need to vomit? Am I constipated? Or am I hungry? Sitting in the chemo room, I would pray and ask God to help me, to send guardian angels to help my stomach pain. And he did.

It may sound strange to those who haven’t experienced it, but these daily answers to prayer became my lifeline.

I also learned that sometimes God will help us with things we don’t even pray for.

Four months into my treatment, a nurse named Linda noticed that my central line had been placed in my artery, not a vein like it should have been. Doctors and nurses were shocked, as the likelihood of a stroke or blood clot was very high with this kind of mistake.

As a result, they fixed it through surgery. I firmly believe God placed Linda in my life to save my life.

This experience strengthened my faith in God and continued, even after cancer.

Eventually I went into remission and finished high school and continued with the rest of my life.

However, over the years, I began to forget to talk to God.

After losing a few friends to cancer along with some other difficulties, I spiraled into depression. And yet, as I began talking to God through prayer, it helped bring me out of the darkness.

This relationship continues to give me hope today.

It’s now been 28 years since I was diagnosed with childhood leukemia. You can read more about my story here. 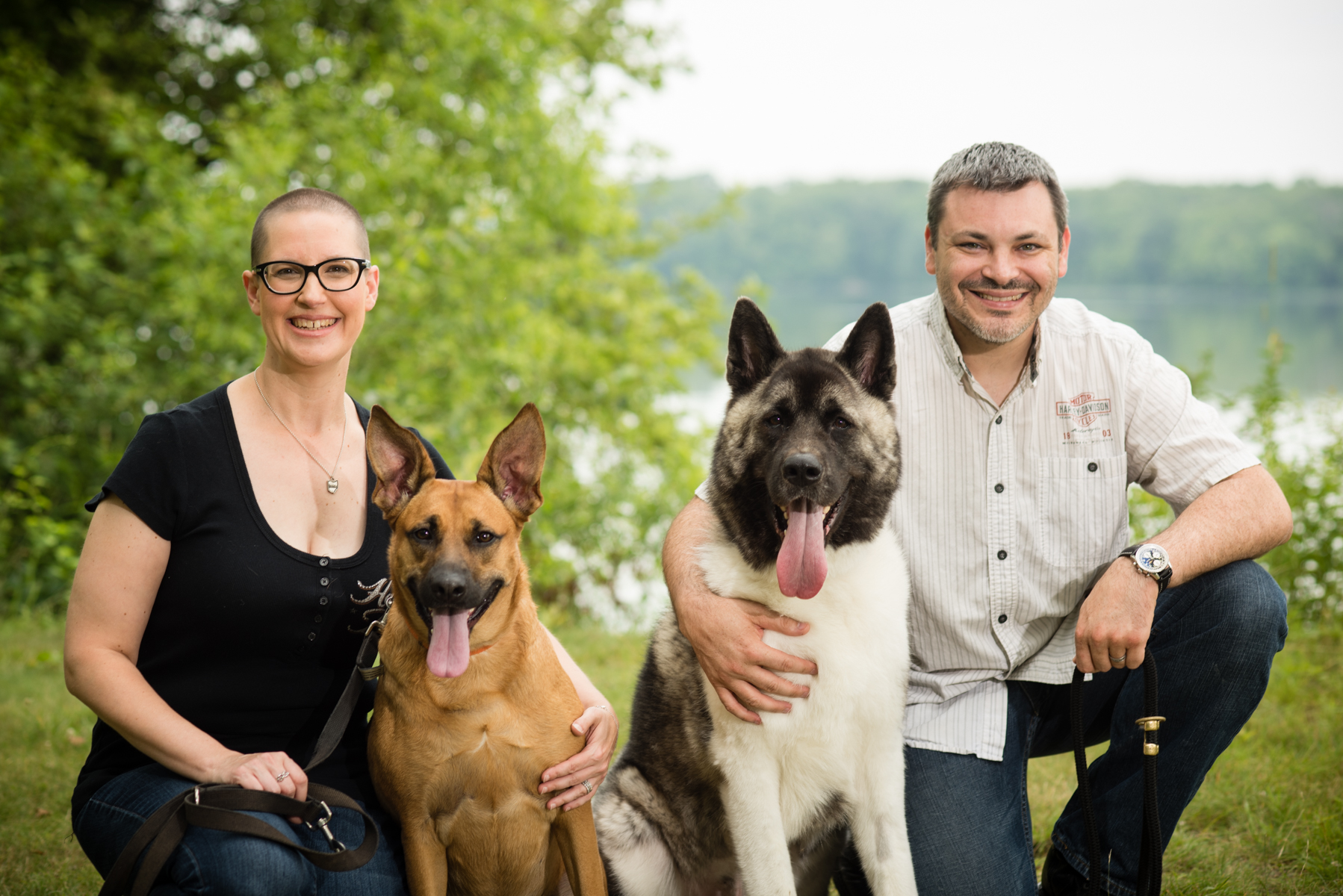 I often tell others going through cancer, never give up hope, even on your sickest days.

If you are facing childhood cancer, as hard as it may sound, what you are going through really is just a bump in the road of your life. One day, you will look back and be amazed at what you made it through.

I know that you want to just be a normal kid, but the truth is there is no normal kid. We all have our own normal, and once you realize this, you don’t have to put yourself in this box of being like everybody else.

Not everyone may want to talk about faith, but I believe faith and hope are so intertwined. Even if you don’t have a relationship with God, know that he is there watching out for you.

Cancer opened my eyes to who God is and what he can do. And my faith has helped me find a strength and peace that outshines even the darkest times.

If you would like to begin a relationship with God, read Knowing God Personally.