When I was in my early 40s, I joined a sorority I never pledged: the sisterhood of breast cancer. It required I take a crash course in being a gracious receiver, which is not something I was accustomed to.

I’m used to being the one helping others. In some ways, it’s my job. I am an author and speaker, and I work for a large Christian organization.

But my mindset had to change if my family and I were to get through this challenge.

A few months before I was diagnosed, I was sitting in a food court with a group of women I regularly meet with. One shared a story about a woman in her neighborhood whom they called the Asian Martha Stewart. She always looked put together, her kids were well behaved, the food she made was perfect and her house was always clean. Her life seemed flawless.

Then she was diagnosed with breast cancer.

When people found out and tried to help her, she pushed everyone away. We assumed part of her behavior was due to Asian culture where you don’t ask for help and suffer alone. Or maybe some of it was just her individual personality.

But the shocking part was that after starting treatment and struggling to handle it, she ended up taking her own life. It was so tragic.

Vivian Mabuni’s promise to herself

The story captured my attention because in many ways I could relate to her. I’m also an Asian American wife and mother of three. I am often the strong one; I help others and have a hard time letting others help me.

In that moment I promised myself that if anything like that happened to me, I would let people in. I would accept help.

That story helped prepare me to face what happened next: a month or so later, I discovered a lump.

I went to see my doctor, hoping it was nothing.

It was Christmas break, so I was juggling three different Christmas parties for my kids as well as all the other demands of the season.

While I was getting a mammogram, the doctor said, “I don’t like what I see.”

Though she didn’t say I had cancer, she certainly implied it. She took a biopsy and said she would call me with the results.

Afterward, I called my husband, Darrin, and told him the news.

Then I remember sitting in my car letting the weight of it wash over me as I watched all the cars go by. Everybody is going somewhere, and yet my life has just been totally derailed, I thought. 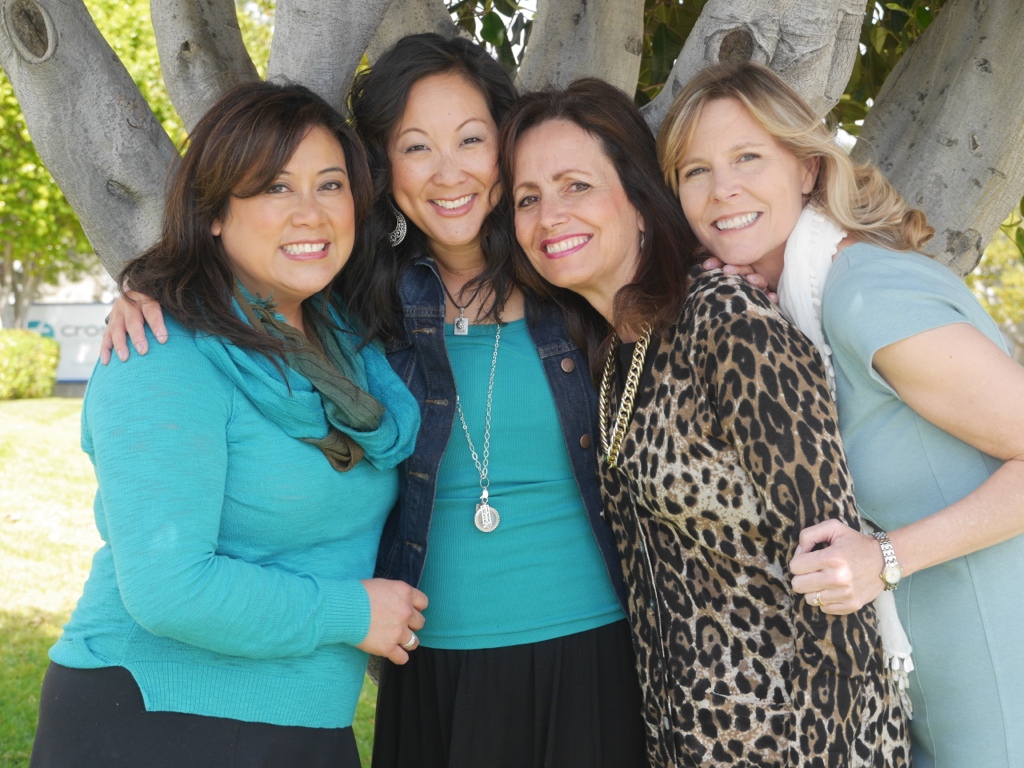 All three showed up. They knew that me choosing to be vulnerable was a big step for me. I knew I needed their support as I waited for the results of the biopsy and whatever lay ahead.

A few days later, my doctor called and told me I had breast cancer, which I later found out was Stage 3b.

My husband and I didn’t know if this would be my last Christmas, so we waited to tell our kids until after the holidays.

Nighttime was the hardest. All my fears and what-ifs I beat back during the day would tumble out unrestrained at night.

We eventually shared the news with our kids, as well as other people in our social circles. As word spread, people who knew us wanted to help.

One friend arranged meals. Soon it seemed like our entire church had memorized our garage code, and our fridge was constantly stocked with food.

Another friend coordinated rides, which proved helpful because I was overwhelmed with three kids in school activities plus all my doctor appointments.

I was learning to be a gracious receiver, but it was difficult for me.

As treatment drug on and on, I struggled with how people continued to help us.

I did not want to be a burden on others.

While a lot of people might struggle with this, I think part of my difficulty is due to my cultural background. 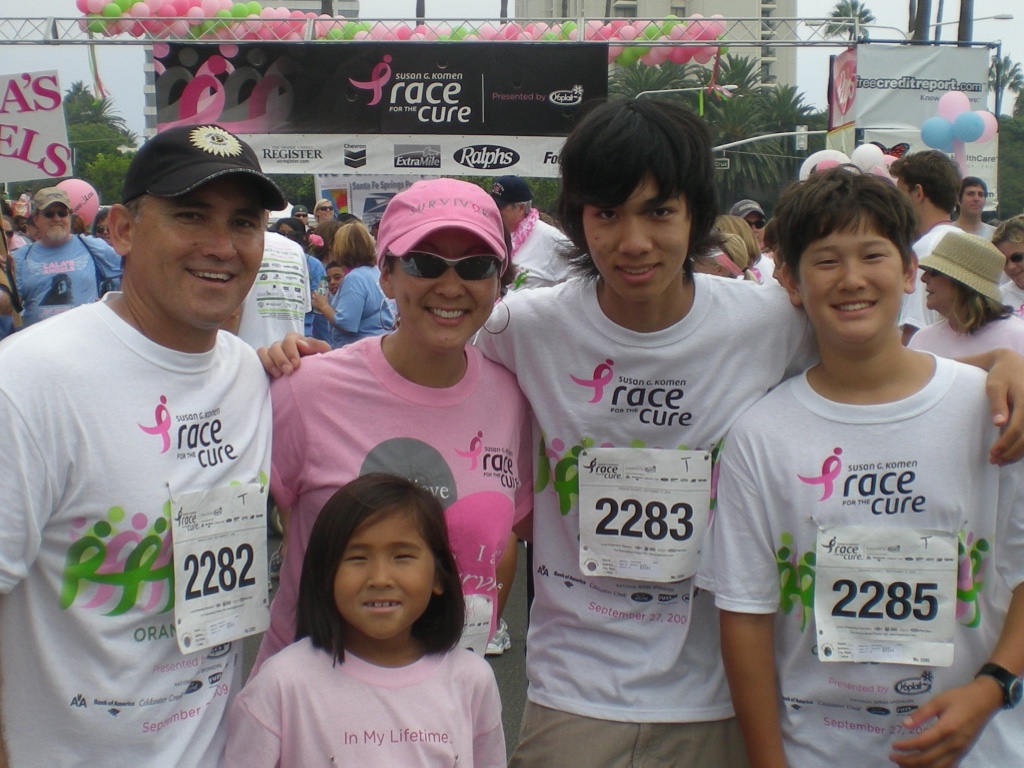 I am an American of Chinese descent and my husband is of Okinawan, Native Hawaiian, and Portuguese descent.

In Eastern culture, we tend to be collective versus individualistic. There’s a real sense that you don’t want to rock the boat or stick out—the nail that sticks out gets pounded down.

There is a Japanese phrase called Sho ga nai, which means “nothing can be done about it.” In other words, it is honorable to swallow our suffering and resist help from others.

The purpose of this posture? To not lose face and put others out.

While I could understand the nobility in not troubling others, I kept thinking about the Asian Martha Stewart. I didn’t want to isolate like she did because, honestly, the challenges looming before me seemed way beyond what I could handle alone.

I primarily found hope, strength and peace through my relationship with God.

As I grew tired of receiving help from others, I soon realized this paralleled my inability to receive love and grace from God apart from performing. I used to think God loved me more when I read my Bible, attended church or treated my family well. Instead, the truth of God’s unconditional love for me began to change from head knowledge to experiential.

He loved me no matter what. That gave me profound hope.

God used people, in part, to help me realize this, including my husband.

At one point during treatment, I got this shot called Neulasta and it was awful.

My husband Darrin found me slumped on the kitchen floor at 2 a.m. He asked, “Can you make it back to bed?”

I told him, “No,” so he brought sleeping bags and we slept on the floor until morning.

I felt so loved. 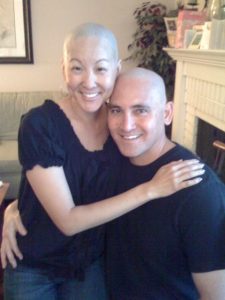 Where Vivian Mabuni is now

It has now been 12 years since I was first diagnosed with breast cancer.

My journey has often felt like a marathon that would never end. It wasn’t just one single surgery and then I was done. Yet over time, my body has healed, and my perspective has changed.

At the beginning of my journey, a friend set up a CaringBridge site for me, which was a great way to share updates and later launched me as a published author.

These days, I don’t live in fear of dying from cancer anymore, but my experience helps connect me with others.

Cancer has given me access into a world that I didn’t previously understand and a greater sensitivity for others who are struggling. I often talk about my cancer journey through my writing, speaking and on my website, Vivian Mabuni. 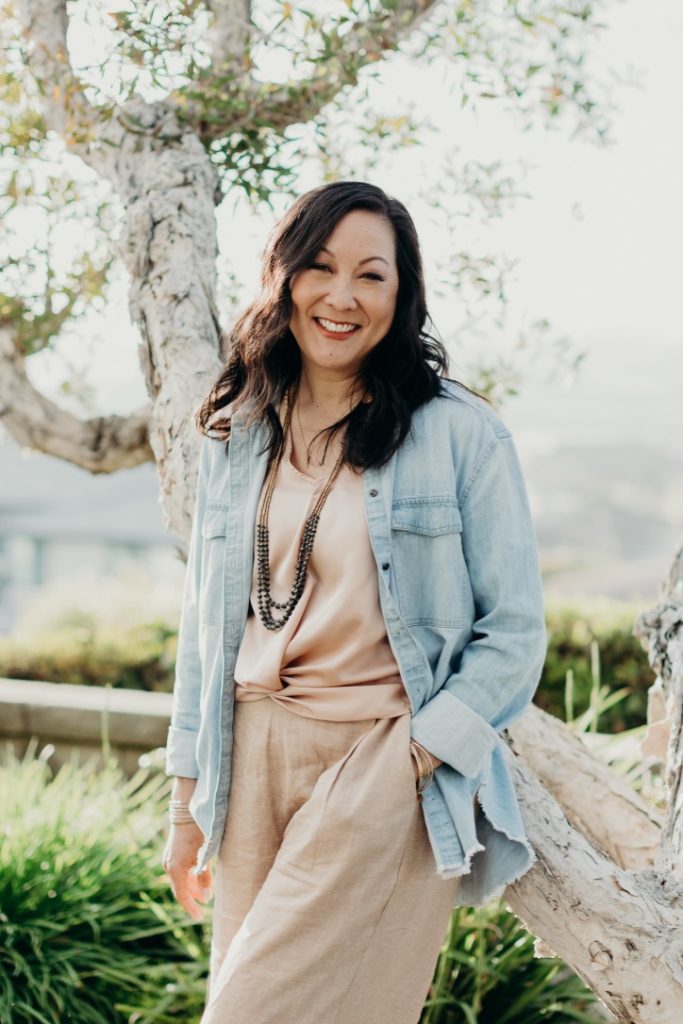 Vivian Mabuni’s advice for others

Be open to receiving help. You need to give grace to yourself and grace to others, because you have never been in this situation before.

It is so much easier to be on the giving end, but when you practice being a gracious receiver, it requires a lot of humility.

For me, it took a whole army of people to keep one little family going. But it was incredibly humbling and soul altering to be loved so well.

Cancer will always be awful. Yet, life-changing experiences of love and care may surprise us along the way.

I hope others facing this battle can experience that, too.

If you just started your journey, read Vivian Mabuni’s Letter to a Newly Diagnosed Cancer Patient.