Worse Before It Gets Better

How I found hope in the midst of cancer-related infertility.

The saying, “it gets worse before it gets better,” certainly proved true for me.

About 13 years ago, my wife and I wanted to start a family. We wished for two kids: a boy and a girl. But after trying for about a year and a half, we still hadn’t conceived.

So, we sought the help of medical professionals about our infertility.

They said my wife was fine, but they flagged me for low sperm count and my doctor suggested I see a urologist to find out why. 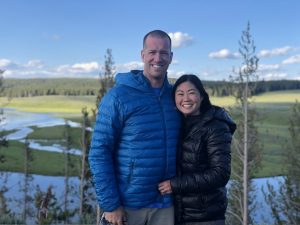 I’ll never forget that fateful ultrasound. The tech looked at images on the screen and then abruptly left the room.

The doctor came in and asked me a bunch of questions.

“Are you feeling okay? Did you have any pain in your groin?”

He told me they found a small bump on one of my testicles that would require surgery. The tumor could be benign, or it could be cancerous, but he couldn’t tell from the image. The only way would be to take a sample from the tumor and do a biopsy.

The doctor scheduled surgery and suggested we see a fertility doctor to save some sperm just in case.

I am a person who has a relationship with God, and during our months of infertility challenges, I prayed and asked for God’s help.

I believe he told me: “It’s going to get worse before it gets better.”

I was about to find out more about what those words meant.

A few weeks later, I underwent the surgery, and when I woke up, my wife’s face was the first I remember seeing.

“It’s cancer,” she said. “It’s early stage and they had to remove one of your testicles.”

Though groggy, the reality quickly sobered me.

What started out as fertility problems had now morphed into cancer.

I visited an oncologist and he told me the good news was my cancer was very treatable. If I underwent radiation or chemo, my chance of long-term survival surpassed 99 percent.

Yet, I was afraid of how treatment would affect my future, especially having kids. And even though the medical statistics were in my favor, I still feared a recurrence.

Part of this was because my mom had passed away from a four-year battle with a rare form of uterine cancer just five years prior.

I opted for chemo, but not radiation. The first round seemed surprisingly doable, but the second knocked me flat, with intense nausea and migraines.

I hoped that this was the worst things would get. 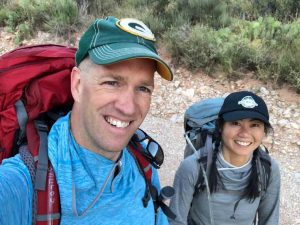 Cancer had paused starting a family, but now we were ready to try again.

Yet, because of my cancer, our chances of conceiving on a given month had now dropped from 30% to less than 3%.

Like a lot of couples, we pursued the costly and time-consuming route of IUI and IVF. We faced multiple failures over the course of 12 months.

We were living in Los Angeles and I was attending seminary and not making much money. Sometimes we wondered if it was wise to deplete our savings for a chance at having a family.

It was difficult watching my wife, Erin, face the disappointment. I was tempted to feel guilty, but like so many things in my life, it was out of my control. Still, the continued disappointments took a toll on our relationship.

I remember hitting a wall at the fertility clinic one day. After getting an especially painful blood draw by an uncompassionate staff member, I noticed the ornate lobby with a huge wooden desk that just screamed money.

There seemed to be a big disconnect between the business of fertility and the patients.

You’re profiting from people’s hopes and dreams, I thought. Do you really understand what your clients are going through?

I remember meeting with a doctor who told me my sperm motility was low, which meant our chances for conception dropped even lower.

I thought I had finally hit the ground floor of things getting worse before getting better, but I discovered there is always a lower level.

Like a lot of couples, we felt stuck in the hope cycle. While everyone else’s lives seemed to be moving forward, ours had stalled and was filled with constant disappointment.

Infertility can be such a lonely and isolating journey. The American dream seems to be owning a house and having 2.5 kids. But like a lot of couples, we were forced to wrestle with a reality that might not include kids.

We all go through seasons in our life where our dreams are threatened, and we face a clouded future. I was forced to ask myself, what am I holding on to?

I think it can be easy to slip into depression.

Yet for me, I had this hope that God was going to see us through these struggles. I clung to his words of hope, that things would get better—whether that meant having kids or not.

Without Jesus, I’m not sure where I would have found such hope.

I came to a point where I was ready to be content either way about kids, though admittedly I know it was harder for my wife accept.

We tried to make the best out of the situation. 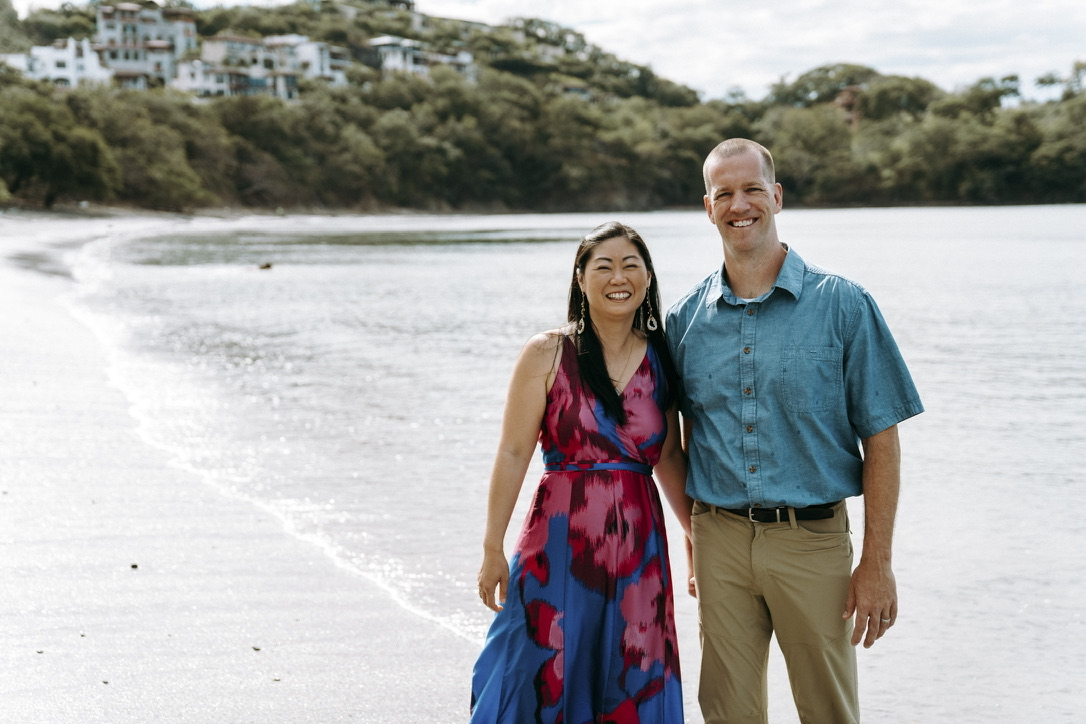 For three years, we faced the struggle of infertility.

Then, one day, as we sat in church, I felt like God spoke to me again: “Your journey is now done.”

I remember thinking, “God, if this is not about having a child, you are a jerk.”

But he wasn’t being a jerk. About a week later, my wife, Erin, told me she was pregnant.

We were elated and eventually had a son.

A few years later we defied the odds again and had a daughter. Even though we had given up on having kids, God had not. 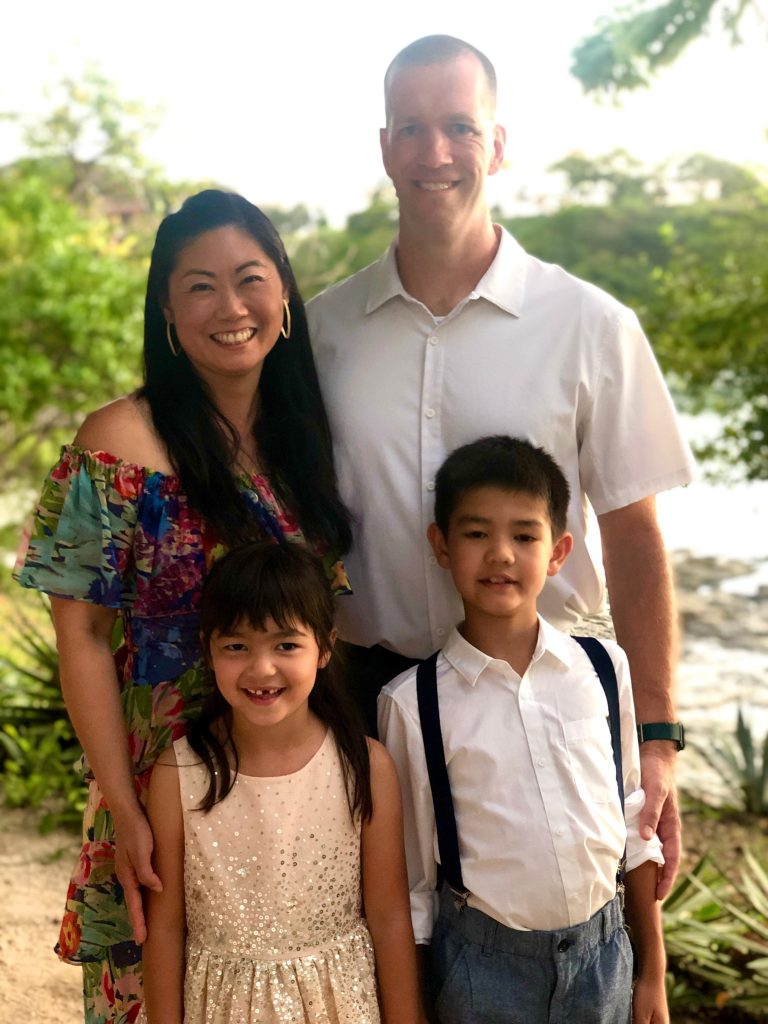 For anyone facing cancer, I think it is important to find a support group. It’s so helpful to find someone you can talk to who’s been through it.

I think this is also true with infertility. I wish people would talk more openly about the struggles, because a lot of people are facing them, whether related to cancer or not.

I think there are some commonalities with cancer and infertility. With both, we are reminded that there is so much in life that we don’t control.

It’s good to ask questions like: what does it mean to have a successful marriage? Where do I find hope?

God is my source of hope. He helped me hang in there as things got worse before they got better. I pray others can find his hope, too, and even hear from him when they are facing difficult situations.

If you struggle with the fear of cancer, read Never So Scared.

For help to live life to the fullest, read Every Day is a Gift.