How her son’s childhood cancer diagnosis transformed a mother’s hope and parenting.

When my 10-year-old son complained about a bump on his arm, I was definitely not thinking my child might have cancer.

It did not even cross my mind that it could be anything sinister.

But a few weeks later, Jack mentioned it again, so I took him to see the doctor.

My other two sons joined Jack and I at the doctor’s office, so it was kind of a circus and the mood was light-hearted about the bump.

“I think it’s a lump of peanut butter,” said one son.

“I think it’s a pirate,” said the other.

But the tone quickly changed after the MRI. “Usually when we see this kind of mass, we refer people to Portland,” the doctor told us.

I quickly realized just how serious this situation could be, and I began to believe my child might have cancer. 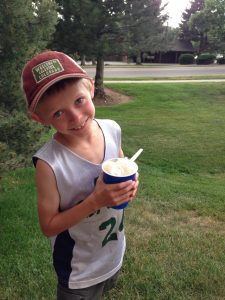 I scoured the web for answers and I learned that if the bump was cancer, all of the possible types, except for one, were basically a death sentence.

Fear weighed heavily on me, and I wasn’t sleeping well.

I imagined the worst: life without Jack. The fear and lack of hope was overwhelming.

It turns out some of my fear was not unfounded.

A few weeks later, my husband, Mark, called me with news from the doctor: Jack had a rare type of cancer called myofibroblastic sarcoma.

I was driving and had to pull the car over, as I experienced this physical reaction, like I had been knocked off my feet.

A change in worldview

The impact was also psychological as it upended my entire worldview. All of sudden bad things were happening to our family—not just to others, but to us.

I was confronted with the question: where is my hope? What do I put my hope in?

I didn’t want to go there but the situation forced me.

I wanted to be able to control the outcome and fix the situation for Jack, but I couldn’t. Control is something I have often struggled with in my parenting, but not now I was forced to confront it like never before.

Typically, I fall into two extremes: I either try to control every detail of my child’s life or just throw up my hands. And with Jack’s situation, I had lost all control and I was grasping for hope.

My faith was an obvious place to go. But in moments like this I was forced to ask, If God is allowing something that is really painful, is he really in control? 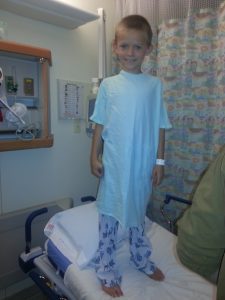 This experience forced me to make a choice: choose to trust God or not. I had to be willing to surrender the well-being of my son to him, and to stop trying to control the outcome, even though that is such a natural response.

The turning point for me was when I made the choice to ask God for his help.

My imagination took me to the most fearful places, but God filled my mind with hopeful and good things.

During those dark days, I read the Bible a lot, especially the Psalms, and also “Hindsfeet on High Places,” an encouraging Christian novel.

I also prayed—a lot. I asked for peace and I was reminded that the Lord does answer prayers. He will give you answers and give you what you need.

I asked others to pray for me, too, and even just asking for prayer brought me peace and relief.

If you don’t surrender your child’s well-being to God, fear will own you. It did me for a long time in Jack’s journey. This can even be true with other parenting challenges, too.

Once I surrendered Jack’s situation to God, I felt a freedom—one I hadn’t previously experienced in my parenting.

Yet, letting go of control and trusting God doesn’t always mean doing nothing. Sometimes it means taking action, to be a strong advocate for your child’s health.

Here is a helpful resource about recognizing the possible signs and symptoms of childhood cancer.

With Jack, not long after the diagnosis, the doctors successfully removed the cancerous bump.

It was a difficult waiting game, but over time his scans continued to show clear. (You can also read my husband’s version of the story here).

Eventually Jack passed the five-year mark of being cancer free. Doctors say the chance of recurrence is very low, but even still I continue to trust to God to take care of him, which helps me with my fear. As it says in Philippians 4:7, “And the peace of God, which transcends all understanding, will guard your minds and hearts in Christ Jesus.” 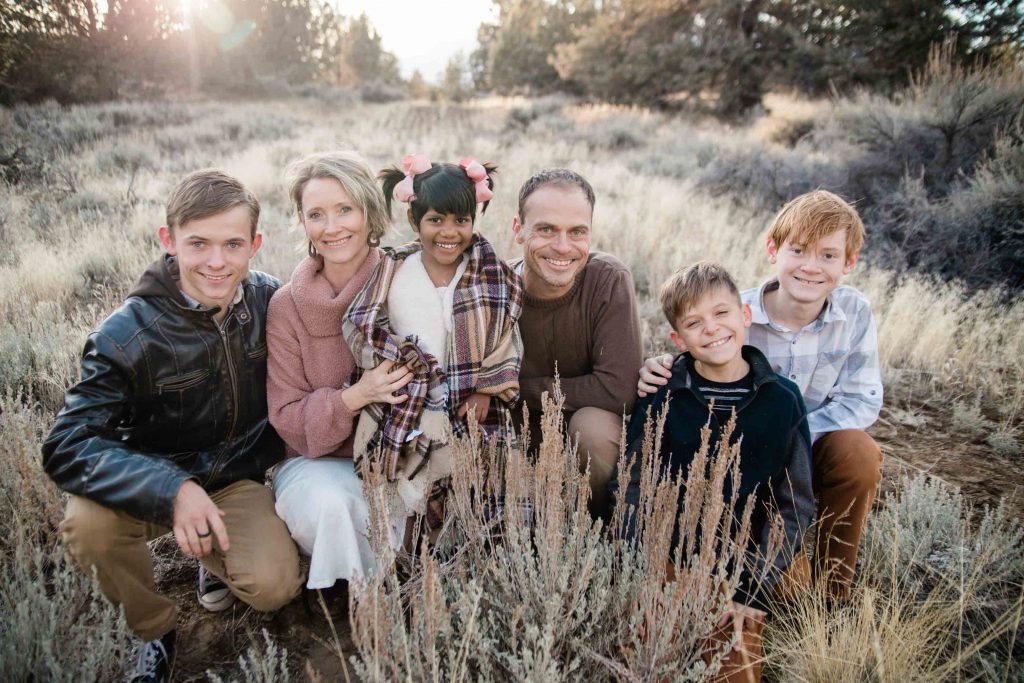 I think a lingering effect of Jack’s cancer was developing a bit of medical paranoia.

Which is why it was so difficult when our middle son, Noah, approached me a few years later and said, “Mom, there’s a lump behind my knee.”

The situation was eerily familiar. I was thinking, are you kidding me?

Yet this time, rather than letting myself get sucked into the vortex of fear, I took a step back and assessed the situation calmy, like a first responder.

I asked him a few questions, while not trying to alarm him.

In my mind, I chose to trust God, even though I was concerned.

Before the appointment, I looked for an explanation other than cancer and found one online. “Are you sure it’s not just a Baker’s Cyst?” I asked the doctor.

Sure enough, that’s exactly what it was.

This situation was so redeeming.

Of course, releasing control of my parenting to God is a lifelong process and I still get plenty of chances to practice almost daily: two of my sons are now teenagers, and Jack recently started driving. Our six-year-old daughter also keeps us on our toes.

Yet, I’m thankful I have found an effective way to deal with my fear.

God is standing there waiting to lead you through the scary times. He understands anxiety and fear. He’s kind and loving and patient. He can help you be the parent you need to be and gives you wisdom and peace. You just need to ask for it.

For more help with asking God for help, see this article.

Or you can learn more about The Gift of Peace.